Winter is Approaching - of course it is! 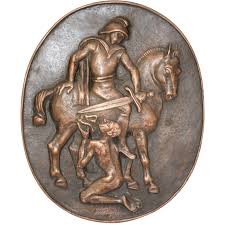 St Martin was a Roman soldier of the mid fourth century.  The son of a Roman soldier, he spent much of his life along the frontier between the civilized world and the barbarian world.  The Danube River marked most of the border. This is a great setup for another epic pilgrimage, isn't it?


The pilgrim route this winter begins at the mouth of the Danube River, where it empties into the Black Sea.  I plan to walk the length of the Danube, staying mostly on the former ‘barbarian’ side, through Romania, Serbia, Croatia, Hungary, and Austria to the source in Germany.  I might pop across the bridges a few times into Bulgaria. After reaching the source of the Danube in Germany,  I plan to continue along the German-French border through Luxembourg and back to France visiting important Gallic places and places specifically important to St Martin.  St Martin is one of the few saints shared enthusiastically in the modern Catholic, Protestant, and Orthodox cultures. Sexy Roman soldier with the red cape who established several monasteries and then became a beloved bishop. Many of the famed Irish apostles-turned-saints studied at his monastery in Tours.


I'll be looking for cool places to stay, like old monasteries and small villages, maybe a castle or two. Within a fortnight of the November 1st start, I'll be in the area of an Orthodox monastery that houses the tomb of Vlad the Impaler... in all my years pilgriming, I don't think I've ever encountered an impaler before. I'll knock on that door for sure.

I wasn't able to get a visa to extend my time in Schengenland - not enough time, really, although it is do-able - so I'll have plenty of time to linger from Romania to Hungary - Christmas will likely be in Serbia; New Years in Croatia - but once I enter Hungary just after the new year, I'll be on a bit of a race to visit all of the places I'd like to go and get to Tours by Easter... April 1st, no foolin!

I admit to becoming increasingly poor at blogging over time, but I'll plead for understanding. These days, fewer people have computers in their homes, really, they have hand-held devices. It's pretty tedious to update a blog with two thumbs, especially on a keyboard in another language, much less alphabet. On top of that challenge, libraries are increasingly blocking email access from their public-use computers. Forgive me in advance. I'll make attempts when I get to parish or municipal offices, but it's very tempting to yammer with my hosts than to go off and update the blog. Still, I'll try. I'll make efforts to encourage people who take photos with me to send them into the blog as well, so even without a note, you'll see what fun pilgrimland is. 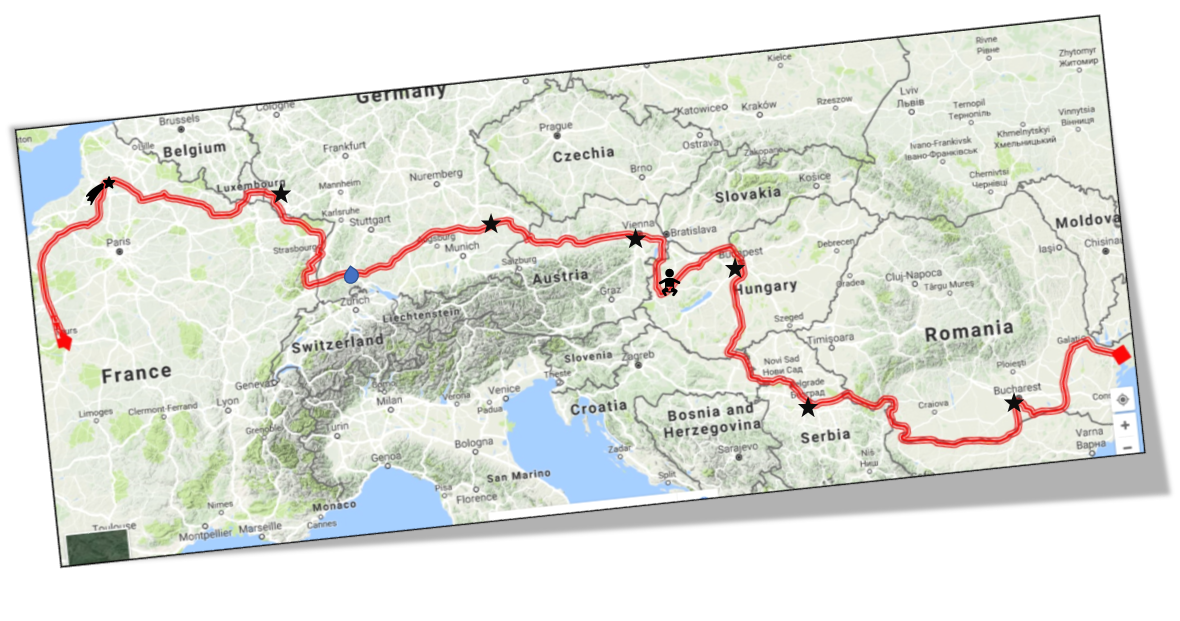 I'm so glad you are walking, pilgrimming, again this winter. I was starting to get a little concerned! I lived in Germany for a while about 20 years ago and Martin was certainly very popular.

Do you travel with a mobile phone? Even if you don't use it as a phone, or for accessing the internet on a day to day basis, you can write your blog posts on it at any time in your taking notes facilty and then copy and paste to the blog when you have WiFi. It might not be that easy to update the distances you walk that way though.

However, I shall be content to have a regular look and be excited by what you write.
When you were in Japan last year I followed with particular interest as I was coming to Shikoku this autumn. I hope to finish within the week and cite you as a particular inspiration.

When I was in Paris preparing to launch myself on the Camino, the thought of making pilgrimage to Tours lodged somewhere in my heart. Coincidentally (or not!), St Martin of Tours is commemorated tomorrow (Nov 12) in the Orthodox Church.

Ann, Peace in Jesus the Lord! Greetings on this Feast of St. Martin of Tours in the western calendar (November 11). I'm sure you will find churches dedicated to St. Martin all over Europe. You have a great intercessor and model for living the Faith with boldness and conviction. You will be in my prayers all winter. In Jesus, Mary and Joseph, Pilgrim George