Into the arms of humanity

Continuing along the spectacular Katy Trail, we occasionally fall in with day trippers and dog walkers and through-going cyclists. Connections are made, comparisons of notes, we see how small the world is. It's uncanny how few degrees of separation there are among us all.

My companion pilgrims have by now experienced for themselves the magic that appears every day in pilgrimland. They trust without expressing apprehension and events that can't be planned happen to our delight. Several churches where we've spent the night have been unarranged, yet have turned out to be delightful encounters.

After crossing the Missouri River, we left cutesy Rocheport, having slept in the historical United Methodist Church, with a list of potential churches that would work for us for the next night, but had no contact information, I went on ahead [oh, this is why the guys walk so much more than I do...I walk 3 or 4 hours a day, the guys walk 6 or 8, same distance, but the fellas take more time].

Using Google Maps as starting point, I strayed from the Katy to find Mt Celestial church that Google depicted as a suitable country church with a hall on the back but no phone number listed. Yeah..., no..., reality is, it's boarded up, danger signs, not at all acceptable for pilgrim hospitality.

Onward to the next closest church that had a phone number but no one ever answered.  I went, found no one, no phone number listed anywhere, time to find a neighbor, anyone with info about the church - could three pilgrims sleep in the hall. l spoke with some weekend workers on a water tower next to the historical cemetery, got a number of a local manager, called him, no idea of who to call about the church - he called back twice. He suggested another church a half mile away. I decided to walk there and to keep asking everyone I met. A jogger, a teenager out for a walk, a man walking his dog...no iinformation... here comes a man out for a walk. I explained, I asked, he knew nothing of that church but offered the church he attends on the other side of town "I can drive you and your friends there and bring you back in the morning". "Maybe, I'll take your number and see how it goes at the church at the next corner."

An hour later, my companions and I were with Jim-the-Methodist going to his church across town. The encounter was somehow predestined. The hospitality was fantastic, the reception in their community on a Sunday night, so open, so welcoming of strangers. They were enjoying youth night - jam session in the basement, a movie, nachos for dinner...20 middle and high schoolers with a handful of parent's:  pilgrims? what's a pilgrim? We three pilgrims sat at different tables telling tales of pilgrimland. An encounter that could not have been scheduled in advance. Angels nudged us together. Everyone benefited from the experience.

I credit my co-pilgrims for their trust. Someone once commented that what I do is like the childhood game - "do you trust me? fall back into my arms and I'll catch you" I do this every day as a pilgrim - fall back into the arms of humanity trusting that humanity will catch me, and they always do. This time, my pilgrim pals released the need to have a plan and locking elbows with me fell back together. Pilgrimland rocks. The Community United Methodist Church was our collective angel last night. Wonderful.
Posted by Winter Pilgrim at 18:24

Ann, I met you and ate dinner with you on this evening with our youth group and have since reflected on your journeys often. I have shared my experience of meeting you with many others and my life is continuously touched by yours. Yesterday, I subbed in a 6th grade social studies class. As they are learning to navigate an atlas and maps, I shared with them a small part of your journeys and they were in awe. I pray your journeys have continued to be safe and meaningful. 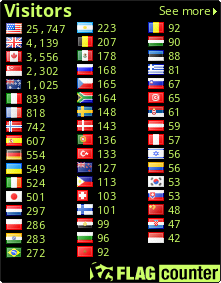