Greetings from the Black Forest

One day last week, walking in falling snow on a quiet path through forests and fields, I crossed a small wooden footbridge over an swiftly flowing unmarked stream and hardly took note.  When I reached the next village, I studied a map posted in a open-air information kiosk between the church and village hall while I ate a partly frozen clementine.  The humble stream was the great Danube River.  From the delta to the omegas, the sluggish oxbows the drain collectively in the snowy Black Forest, I have walked the length of the Danube.  I reached the official source the day before yesterday and got a stamp in my book.  Including my little deviations to visit other places of interest on my pilgrimage to St Martin, my journey has so far taken me 3,681 km.
Onward to other places important to his story - Strasbourg, Worms, Trier, and Amiens... I'm easily on target to reach Tours for Easter...
(...and it's nearly impossible to find a computer these days to update this blog - the blogging culture as evolved in the 11 years I've been a pilgrim...)
Posted by Winter Pilgrim at 01:43

Has anyone heard from or about Ann since February 21??? 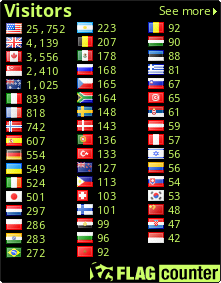